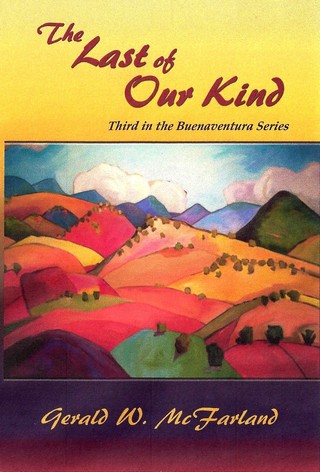 Volume 3 in the trilogy. My favorite.

The Brujo and the Owl

Neither THE BRUJO'S WAY nor WHAT THE OWL SAW fall easily into familiar genres or marketing categories. Neither novel, therefore, is easy to characterize. In future blog postings I will mostly use the word "paranormal" as a more general category of the extra-normal as it occurs and functions in the two novels rather than "magic" and "supernatural," which I think would prematurely and arbitrarily limit how the author describes the varieties of extra-normal events throughout the two novels. The category of "fantasy" would also be limited and leave out a great deal, and "science fiction" would be almost wholly irrelevant.

The upshot of this is that varieties of extra-normal and normal events in the novels mix in ways that pretty much defy easy categorization. Both novels are at base relatively traditional forms of literature that reflect their author's roots in the special time and period of spiritual questing and popularization of the quest that took place in American culture during the 1960s and continues to the present day. I am going to further suggest the category of "opera" as a perhaps secondary reference--that McFarland has thus far written a two-act opera, an American prose opera with some kinship to the complex forms introduced by Rogers and Hammerstein in their early 1940s transformations of the American musical form in "Oklahoma" and "Carousel." McFarland's novels are set in their specific moment of early American history--the aftermath of the Pueblo Revolt of 1680 in New Mexico. The time and lives of the inhabitants of the Spanish colonial settlement of Santa Fe are carefully and respectfully portrayed. A no-frills portrayal of the period and location is faithfully rendered. Then elaborate special effects of spectacle-fantasy unexpectedly and repeatedly metamorphose throughout both novels to enrich a relaxed and seemingly mundane context. In the opera form everything is permitted!  Read More
Be the first to comment