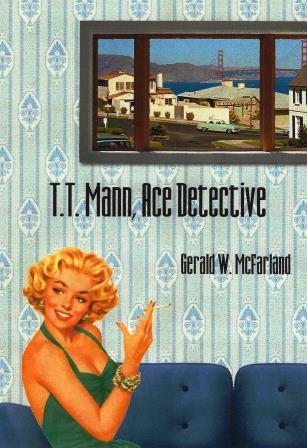 Click on cover for Amazon link to Kindle edition and reviews. 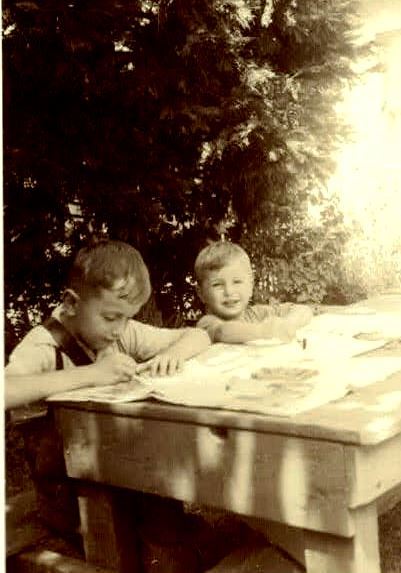 The author and his brother. 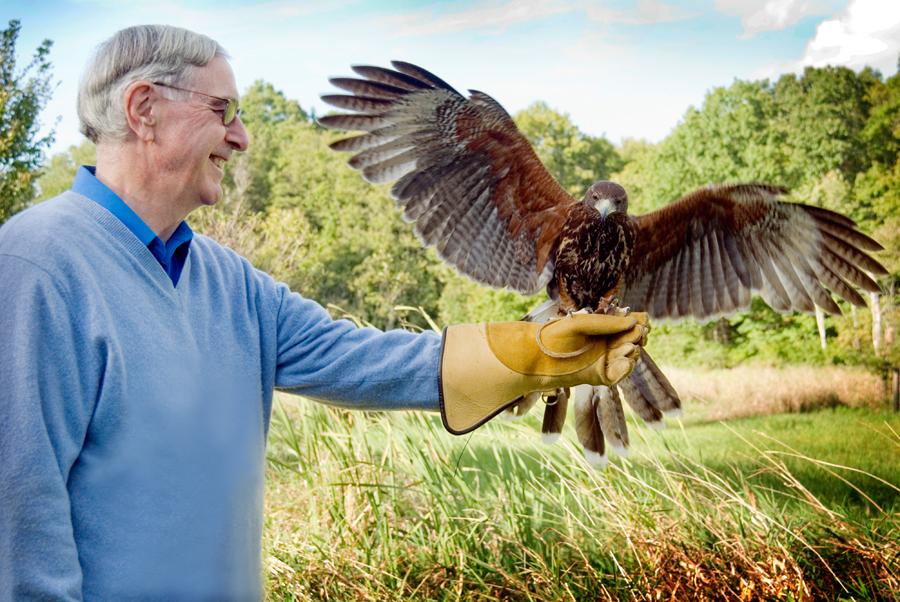 ABOUT THE COVER TO THE LEFT:

Six feet tall and weighing only twenty-two pounds, T.T. Mann is the perfect protagonist for this light-hearted take on the detective genre. Unlike the hard-boiled private investigators of noir detective fiction, T.T. is a gentle fellow who is shy with women, but he's not without resources, notably his excellent martial arts skills. With help from his girlfriend Rosie and his brother Flat Mann, T.T. deals entertainingly with dangerous and daunting cases that arise in San Francisco in 1955.

From the Preface of T.T. Mann, Ace Detective: "Once upon a time, long ago in the 1940s, when my brother and I were young boys, our father often told us bedtime stories. The content of those stories is lost, but my brother Dick and I remembered a few of the characters that figured in them. One of our favorite protagonists was a San Francisco detective who was six feet tall and weighed only twenty-two pounds. During my brother's final illness in early 2017 I sought to lift his spirits by creating episodes about this detective. I was well into a long story about The Thin Mann, aka T.T. Mann, when my brother pointed out that the detective our father featured in his stories was named Flat Mann.... Even though I've kept T.T. as my main protagonist's name, I've included an older brother named Flat Mann. The resulting stories are a blend of fantasy--two brothers so thin that one resembles a telephone cable and the other electrical tape--with a historically accurate depiction of San Francisco ca. 1955."

GERALD W. MCFARLAND, author of three previous novels -- THE BRUJO'S WAY, WHAT THE OWL SAW, and THE LAST OF OUR KIND -- was born in Oakland, California. After receiving his B.A. from the University of California, Berkeley, he moved to New York City, where he completed his doctorate in United States history at Columbia University.

He taught at the University of Massachusetts Amherst for forty-four years. During that time he published four nonfiction books on varied subjects in his field: Mugwump political reformers, American families in westward expansion, an unsolved Vermont murder case, and Greenwich Village in the decades before World War I. He is the recipient of many honors, including a John Simon Guggenheim Fellowship. His books, both nonfiction and fiction have received awards. The Colonial Dames cited his second book, A SCATTERED PEOPLE: AN AMERICAN FAMILY MOVES WEST, as one of the three best books in American history published in 1985. His second and third novels, WHAT THE OWL SAW and THE LAST OF OUR KIND, were shortlisted for Best Adventure Novel in 2015 and 2016 respectively for New Mexico-Arizona Book Awards. More recently, Chanticleer Reviews named THE LAST OF OUR KIND a Finalist for a Chaucer Award in the pre-1750 Americas historical novel category. He and his wife live in a small town in Western Massachusetts.